I recently made a pilgrimage to one of the Greek monasteries in America. While there, I had the chance to talk with one of the hieromonks, Fr. Michael. After introducing myself, I asked for some advice regarding an important decision I had been trying to make for quite some time. Lamenting my inability to sort things out when and how I’d like, I asked quite frankly what he suggest I do. Among the many useful things he said, he told me a story. 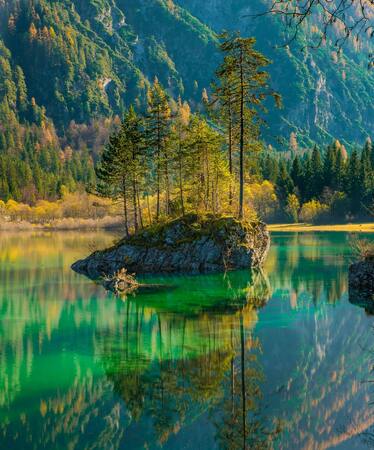 In the Holy Land, there is a field filled with rocks, more than one would naturally expect in that region. The locals say that in during the time of Christ, there was a farmer living there with his family. One day, as Jesus was traveling through those parts, He met the farmer and asked him what he was doing. The farmer, perhaps not knowing Who it was that was asking him, said rather angrily, “What does it look like I’m doing? I’m just standing around growing rocks in this field.” Jesus answered him, “As you said, so shall it be.”

“Can you imagine,” Fr. Michael explained, “what would have happened if he had instead said that he was working his field to feed his family? Perhaps it would have been fertile to this day instead of filled with rocks.”

The moral of the story is that our attitude determines what we get out of life. When we feel frustrated or like the path forward is unclear, it’s tempting to feel like “things aren’t going well; I’m just growing rocks.” Unfortunately, thinking that way prevents us from getting the most we can out of each situation in which God places us. It is like we sing on Pascha, “This is the day which the Lord has made; let us rejoice and be glad therein” (Psalm 117.24).

At this same monastery, the beds in each room have an icon hanging above them. One night, I stayed in a room in which I had not been before. I was the last one in, so I was not able to choose my bed. After I put down my things, I looked up at the icon hanging over my bed. It was a saint I did not know. The icon said Ἡ Ἁγία Ὑπομονή. After I read it, I laughed: Ὑπομονή is the Greek word for patience. In commenting on this saint’s life, Fr. George Papavarnavas has the following to say: “Patience is absolutely essential, because without patience a person cannot accomplish any major project, especially the most important of all, their salvation.” Perhaps all I needed was a change of perspective.

We know that God directs each of us differently and moves us at different times. I suppose the moral of the story, then, is to be open to looking at life with new eyes. Instead of just seeing the rocks, we can look a little deeper and see the seeds of our life in Christ taking root.

“His face is shining like the sun!” Testimony of Paul Issiid about Bishop Victorin