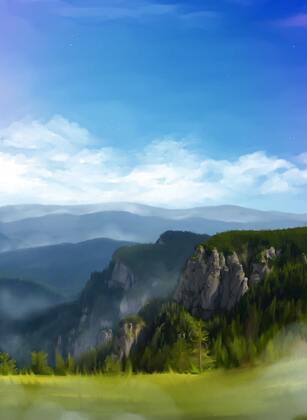 When I first switched to philosophy as my major, it came with a deep worry that I was doing the wrong thing. I was very afraid that it would lead me down the wrong path, away from the Church; perhaps I had been raised with too many warnings about Nietzsche and his famous “God is dead” quote, but I reasoned that I was far too interested in it not to try taking a few classes about it, and that I could always switch majors if I ended up feeling like it was the incorrect way to go.

I’m happy to say it was the right decision.

I had ultimately entered college with the goal of becoming a programmer, but I quickly discovered that computer science was less than enjoyable. There is far too little God in machines, something I realized very quickly, and that realization left me with no idea where to turn – what other field in this world could give me what I needed? I didn’t yet realize how lovingly God would guide me.

When I entered my first philosophy lecture, I was quite nervous. The syllabus had listed the question of “Does God exist?” as one of the first topics we’d handle. I expected the apparent contention between philosophy and Christianity to be shown in full force. It came as a surprise to me, then, when the first essay we read actually advocated for the existence of God, as did the next one. Then came the debates trying to disprove those essays, and then more debates disproving the disprovers.

When we finally came to the end of the unit, I felt like I’d received a pretty well rounded view on the subject. I was still surprised at how intent the teacher seemed on showing us ways to prove God exists, going against all I’d been taught colloquially about philosophy. In that way, philosophy has given me one of the best educations on how to defend myself as a Christian, something which I am incredibly grateful for.

I realize now that my initial anxiety came from a misunderstanding of the field, because philosophy is actually about seeking truth. In that way it aligns itself very easily with religion, which has the same truth-seeking goal through seeking God. It makes sense that I was taught to defend God. In fact, plenty of philosophers aim to defend the existence of God, but those philosophers fall to the wayside because their belief requires real understanding and so many more words to explain than the succinct belligerence of “God is dead.”

However, even that phrase is misunderstood; the real quotation says, “God is dead… we have killed him. How shall we comfort ourselves, the murderers of all murderers? Who will wipe this blood off us?” Nietzsche’s words are a response to the Enlightenment, in a time when culture began to shift towards self-reliance and an emphasis on the importance of humans, rather than God, and therefore led us to develop much, much more pride. Nietzsche was right to question these new atheist ideologies, ideologies which we question ourselves when we ask how the world can be so ungodly.

But as much as the world mangles the thoughts of those who came before us, even those like Nietzsche, to discourage us from seeking the truth, I have learned there is always a way to defend ourselves. The point brought up most often when trying to disprove God’s existence is called the “Problem of Evil” and simply asks, “If God is all good, all knowing, and all powerful, why would He allow evil to exist in the world?”

It’s a question a theist or well-educated philosopher can answer quite quickly, both in the same way; we need struggle and strive to become better people. We need evil in order to understand good, the way we need darkness to understand light, because good and evil are comparative notions. Both Christians and philosophers will argue that God allowed evil to exist so we can understand how to be good. This can be extended further to saying that evil can lead to even more good things that a world without evil would not have. Charity and forgiveness, for example, could not happen without evil to react to. These are defenses I learned first in the church, but then re-learned and expanded upon in my courses, and was able to properly word in my philosophy classes.

It is clear, then, that there is a resolution to be found between philosophy and religion. After all, weren’t the saints some of the greatest ethical philosophers in the world? Are we as Christians not philosophers ourselves, dedicated to the pursuit of truth – truly, to the pursuit of God? Of course, there will be moments when the two are in opposition; sometimes, the philosopher misguidedly thinks that he or she has achieved the truth, rather than realizing we are all constantly growing towards finding it; on the opposite side, there are those who call themselves Christian and militantly defend ideas that have no connection to any of the teachings of the church. This is to say that there is no entirely right or wrong or good or bad side. We cannot completely condemn philosophy, and so I find it odd when I hear some of my fellow congregation members doing so without looking at the bigger picture, or without asking: “What am I missing? What is it that both I and those in the field I have been taught and are against me are looking for?”

That sort of misconstrual of certain fields is what led me to feel so frightened that I wouldn’t find my path – it is a fear that is unproductive, one that I let infect me rather than trusting in God. The field of philosophy has opened my eyes to realizing that God can be found anywhere, even in areas where we have been taught to least expect Him. It reminds me that God is always with me and guiding me, if I only know to actually open my eyes and look. I can only hope that these lessons will find other students like me, and that through the light of the Lord, they will find others in their fields of study with similar views, just like I did, and discover how to better defend their faith as they find their way to deeper faith.

The Freedom to be Anonymous