You write an article. You sign it. You say something: it’s your opinion. You form an opinion based on how much inspiration you have, how much culture, how much life experience, how much experience in your field. You expect the “receiver” – the reader – to agree or to disagree with you. Or to remain indifferent. 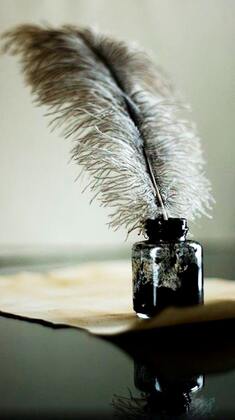 You sign your article, opinion, message, etc., with your name. Identifiable. You publish your article, opinion, attitude in a newspaper, in a magazine, and then even in the new forms of press, on the internet. But alas, after you speak and expose yourself, you are judged and interpreted by those without any name or who have hidden, false names. And thus begins a choir of whistles, curses, vulgarities. If you read these types of reactions, signed “anonymously,” you begin to ask yourself in what world we live and if it is still worth it to express an opinion, to think for yourself and for others. If it is worth it to have solutions, to seek out solutions, to propose solutions.

Suppose you have some public position, such as: president, minister, mayor, board member. You strive to enter the “marketplace” with solutions to problems, perhaps you even seek one that will appease as many people as possible. The space for comments automatically becomes infinite. That this space is infinite is extraordinary: it is the spirit of democracy, of free expression. But it is no longer democracy nor free expression when this space becomes or remains at the mercy of the anonymous voices, which are dangerous and hyperactive and whose primary preoccupation is … hatred. These voices hate everything they cannot touch, they hate everything that does not resemble them, they feel offended by anything of value in the world around them, in the world at large. But under the “protection” of anonymity, you can say anything! Absolutely anything! You can test the limits of language, you can unload all of your frustrations, all of your failures, you can throw away all the garbage accumulated in your mind and heart. And the more garbage you expel, the more you discover that it abounds in your heart, soul, and mind.

Someone once said that a truly upright character is one that respects moral rules and principles even in private, when it is alone. Here is the test of education, to be principled and honest with yourself and with others even when no one is watching. Yes, in private, the vast majority inflate their ego as the frog from the fable inflates its goiter.

You speak about the Church, you say that it gave this nation its culture, its history, its unity. Then there appear the anonymous know-it-alls who curse you together with all your priests, who explain what exactly they would do to the hierarchs, priests, and old ladies who kneel before the icons…! And they would even do the same to you, if they could. And what they would do is from the panoply of the pit from which they, in fact, have never escaped.

In our society, but also in the world, true polemic has disappeared and only empty quarrels remain. Righteousness belongs to the one who shouts the loudest, who is the most vulgar, who is the sum of mentalities of those who listen to and applaud him. We will be a normal society when the internet will ensure a public dialogue and not the aggressivity of the yeast of imbecility of the “anonymous world.” The egos that inflate themselves in the immense space of the internet then spill over onto the street, and thus we see the filth of these characters spilling over without bound.

We will be (or perhaps, return to?) a normal world when everyone will take responsibility for what he says. With first and last names. Even if they do not want to, they should be required to. Because in this way, we will return to perhaps the most important principle of democracy: your freedom should not place limits upon or upset mine. And your freedom of speech should not be an exclusivist tirade that offends good manners, human dignity, and the entire world.

God makes Himself known in everything we do

Archbishop Victorin – a saint among us