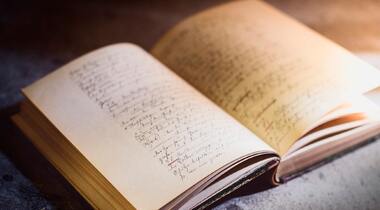 Culture is too often confused with the accumulation of information. Akin to how education, in Romania and elsewhere, does not form but stores information in young brains. In this way, information seems to be an imperious, daily food of man at this end of history and beginning of the millennium. Newspapers, radio, television, advertisements, posters, the internet keep us informed. We capture information, digest it or not, believe it or not, become changed by it or not. In an indistinct “somewhere” there is always “something” happening that calms this collective hunger for information, for newness, for the sensational. Crimes, accidents, rapes, catastrophes, spectacular derailments, epochal discoveries (which are as lasting as dandelion puff), gossip, etc. are committed by indistinct “characters” who live, as it were, only to trigger the sensational. The more this type of impersonal information is circulated, the more this world seems to be the caricature of the world for which we believe we were born. Meanwhile, true culture travels through its discreet “communicating vessels,” increasingly hidden, increasingly neglected. Ricardo Paseyro, in an already famous book, Éloge de l’analphabétisme à l’usage des faux lettrés (The praise of illiteracy in the use of false scholars) (Robert Laffont Publishing House, Paris, 1989) rightly said: “Never before have so many books been published; perhaps never [were they] so poorly read. The means and information and education are no longer addressed to the person, the individual: they target the Great Impersonalities, the physiological and psychological sediment of the human species.” Under such conditions, the illiterate are no longer those who do not know how to read, but those who do not know what to read.