From Pocrov Skete, one autumn evening,
a Saint fled the icon.
The act was described in several newspapers,
the world was surprised by the event,
there was even a movie on the Internet that showed
the abandoned piece of wood.
What made him leave the aura and the fragrant warmth,
what spirit tempted him, it is hard to say,
from above, from on high, watched him in wander
Jesus Himself.

And facing this divine deluge
The saint wept a little. 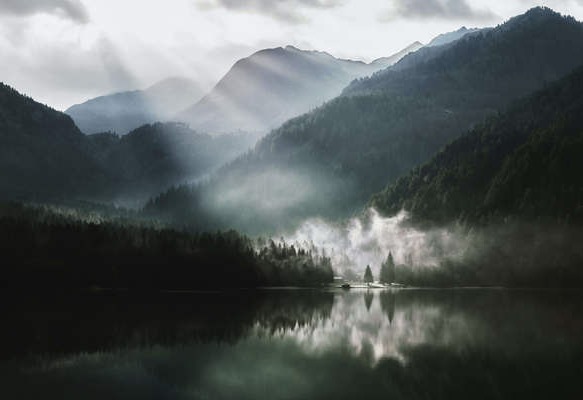 So, this is the world, the Saint said to himself,
I had forgotten,
I see that man has evolved
from rising on the heels
to rising on tiptoes,
I see that people have reversed the meaning of time
so that moments are long
while years fly by,
it is a hard-to-fix confusion…!

Who are you? they asked him.
I came out of an icon, it was written in the papers,
it was a moment of wandering,
nothing premeditated,
I think the paint was to blame, it came off
from the wood because, really, I slipped
as slips at some point,
after giving up his spirit,
the crucified body.

They laughed. They beset him with goat bones,
with sticks, with pieces of rock,
they poured vinegar on his head, in his mouth,
they put a crown of steel on his head,
they made him walk on all fours,
they filmed him, they put him on TV
as if he were a curiosity, they took a selfie with his image
ethereal, frightened

they mocked him, humiliated him, shoved him, blasphemed him,
they slandered him, crashed him, pinched him, tortured him,
they struck him, ridiculed him, tossed him, sliced him,
they pushed him, stretched him, beat him,
they stabbed him in the ribs,
in the stomach,
in the chest,
they strangled him.

… Your Honor, it was self-defense
the individual had such a big heart
that, by being embracing,
I risked being suffocated to death.

… Your Honor, he was obviously a charlatan,
nor are we convinced that he really died
for as soon as he is said to have given up his spirit
four doves seized him from the cobblestones
and they carried him to an unknown direction
and without a body, the confirmation of the crime,
it is known,
according to the law,
cannot be done.

… Your Honor, I reject any charge,
the individual spoke gibberish, at one point he said
you are embarrassing, you make absolutely useless laws
which have nothing to do with the blooming of the tamarisk
and of the alfalfa, with the April rain and
the entering of day into night,
I admit I lost my temper,
and though I warned him, he kept blabbering on.
It is possible he drowned in his own words.

… I admit I was truly shocked
when I saw that he began to heal
a paralytic out there in plain sight,
it was neither the time nor the place,
such behavior reverses
centuries of positivism, whole generations
can question
everything they learned during their school years.
I think the Academy should have intervened immediately
with a clear position, with a statement.

… Yes, Your Honor, the individual was out of his mind,
he drew a precipice with his finger on air,
then he leaned a bit to one side, laughed a little,
then he prepared to jump,
we do not know how deep the precipice was
the important thing is that I caught him at the last minute
risking falling myself into the precipice drawn by him.

… We must admit
that the situation is damn confusing,
we weigh the facts, the arguments,
we still measure the evidence,
we consider any supposition,
that is why you, witnesses and the accused, must keep your position.
For a good and wise decision
we think it was important
that we listened to each of you:

The court withdrew, for a time, for deliberation.

How Can We Reach the Blessedness of Meeting the Lord?