I have many memories with Father Iustin Pârvu, but I remember one in particular. It is a recollection that reveals Father’s nature and spirit. 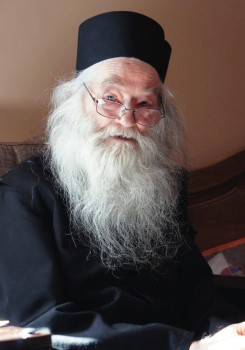 After a rainy autumn, with floods and landslides, we found ourselves late in the evening in a cell with Father Iustin Pârvu, five days before the consecration of the Monastery from Petru Vodă. There were a few of us, all concerned about the success of the consecration that was to take place on the Feast of the Holy Archangels Michael and Gabriel, on November 8, 2005, which is also the patronal feast of the church. The cold and heavy rain outside pressed on us, worming their way into our discussion, and all our scenarios and the “direction” of the event were modified by the present climatic conditions. The narrow road to the monastery risked being completely impassable. For that reason, we went more with the “emergency” option, that for bad weather, than with the ideal one, for good weather. But Father Iustin stopped us:

Indeed, starting with the afternoon of November 7, the clouds scattered from the sky as if pushed by a hand, and on November 8 celebration of the Holy Archangels Michael and Gabriel, it was as if the sun took over the reins of the whole manifestation. The more than seven thousand people who had come to the consecration mostly on foot, were bathed in light and warmth in the monastery’s courtyard.

Indeed, “how could it have been otherwise”? 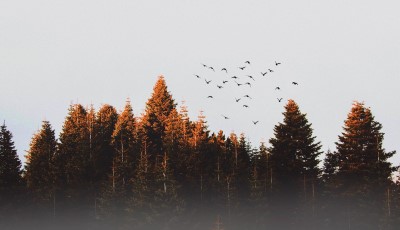 And it had nothing to do with a vision but optimism. That’s right: optimism!

Optimism and patience. These were, in fact, the coordinates on which Father Iustin Pârvu “moved” throughout his life! 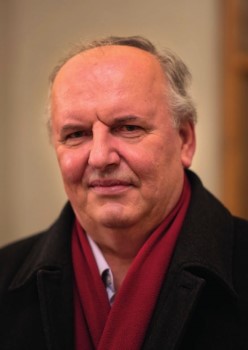 The fallen man rises not by panic, not by despair, but only by trust, by hope. Despair makes you act like a beast locked in a cage. And the desperate man sees this world only as a cage too narrow for his fear, for his helplessness. Because fear is essentially helplessness. Make man desperate—seems to be what any conjunctural ruler of the world says—and you will dominate him, you will subdue him, you will make him a slave.

The man who hopes, who thinks all will be well, no matter the circumstances, becomes invincible. The man who knows how much he is truly worth on earth is the formidable enemy of any tyranny. The man who controls himself, rules the world.

“It is going to be sunny! It cannot be otherwise…!” said Father Iustin, on a foggy autumn night. And it was sunny, indeed, as if summoned by a sign! It was not the weather that obeyed Father Justin, it was not the eye of his heart or mind that foresaw the weather, but the belief that “there is no other way” overcame any inclement weather. Thinking like this—positively, as they say today—you can glimpse at your thought’s end the miracle of God that strengthens you in faith and enlightens you with hope.

How Can We Reach the Blessedness of Meeting the Lord?