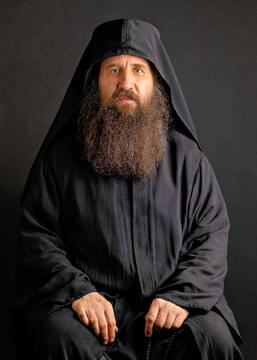 On the second day of July, we celebrate a great contemporary saint, John Maximovitch the Miracle Worker. We thought it befitting to honor his memory by publishing a contemporary testimony of a miracle. The testimony belongs to Hieromonk Savvatey (Ageev) of St Demetrios of Thessaloniki Monastery in Framingham, Massachusetts.

In June 2017, on the way from New York to Massachusetts, I dozed off in the passenger seat of the car. The driver suddenly braked sharply and unexpectedly to avoid a collision. The seat belt had compressed my abdomen and caused damage to the abdominal wall and internal organs, but I was not aware of this. Soon after this incident, I went on a pilgrimage to Russia. Before the trip, I felt very unwell, weak, and often thirsty. After the pilgrimage part of my trip to Russia I travelled to see my parents in Irkutsk.

Upon arrival in Irkutsk, my condition began to deteriorate sharply. I could hardly move and in the evening of July 28 I lost consciousness at my parents’ house—I had a ruptured spleen with 50% blood loss. I heard a voice telling me not to fall asleep, to get up, to fight my weakness. I regained consciousness in an ambulance, in which I was given an injection of adrenaline into my heart. The ambulance doctor told me then that my heart had stopped for a minute.

Before surgery at the hospital, I was half asleep, pitch darkness fell upon me, and I heard a loud sound of broken glass. From this moment I don’t remember anything else. After the operation, I had severe pain, during which I lost consciousness for many hours and even days at a time. I had clinical death experiences, exoduses from my body. I found myself in a beautiful place, each time the same one. After returning to the body, I would always have a deep inner joy and pure tearful prayer, without any distractions.

When I was out of my body, I was in an unfamiliar, but very beautiful place, forest-like. There was no source of direct light and no shadows; everything was filled with meaning and understanding. Sometimes the light got brighter and at those moments I had to close my eyes. During these out of body experiences, I spoke to monks there; they allowed me to ask questions. Many of my questions were personal, but there are a few things I can share. I wondered why such a misfortune happened to me. The monks corrected me, saying that I should not be asking “why” this happened, but “for what purpose.” And the answer was: To understand someone else’s pain and to be more merciful to others. A person who has not experienced suffering can only guess what suffering is like. Our Lord Jesus Christ Himself experienced severe physical pain after His betrayal, arrest, and crucifixion; He shed an incredible amount of blood and suffocated. No one helped Him, whereas I was given a lot of medical assistance. According to the monks, my illness was allowed for my enlightenment, to teach me. It was necessary for me to go through the test of pain to better understand the sacrifice and love of our Lord in regard to His creation—man. And, of course, for me to be more attentive to the suffering and pain of my fellow man. Pain cleanses a person and teaches humility.

During the conversation, I asked to stay in this beautiful place, but the monks told me that in my current spiritual state of mind—a state of vanity, conceit, arrogance, pride, and self-justification—that was impossible. I was ordered to return to the world and correct my spiritual weaknesses.

After the surgery, which was successful, I was transferred to the post-surgical ward. On the second day of my stay in there, the following happened. Around 11:00 p.m., I felt a strong chill, then a fever, and I began to choke—I had bilateral pneumonia. I was unable to speak and could not even call anyone for help. Suddenly a priest in a gray cassock came into the room; I only saw his silhouette. He sat down at my feet on the hospital bed, took my hand, and talked to me all night. It turned out to be St John of Shanghai and San Francisco (Maximovitch)! 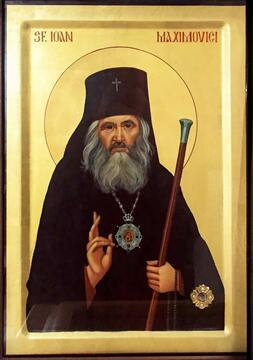 My conversation with St. John was personal. He let me know that I should be gentler and kinder; I needed to stop my involvement in all the controversies and polemics regarding contemporary theological and spiritual issues; I needed to quit all social networks and stop proving my points to opponents. A monk should not argue, condemn, should not justify himself and feel sorry for himself, but should constantly pray—not only for his close ones, but also for those who are against us. That evening I was in an extremely bad state, but my body, although weakened by surgery and the loss of blood and organs, by the prayers of St John, overcame this condition—St John literally did not let me pass on to the next world. Without Vladyka’s help, that night could have been my last on earth. The doctors who came to me in the morning could not believe how I survived such a grave condition for eight hours without their intervention.