After the holy Paschal festal period, the educational program Exploring Your Faith! was resumed. Thus, on the third Thursday of May, the fifth spiritual evening took place on the YouTube channel of the monastery. The title of the evening was “That the Light May Not be Quenched in Israel (cf. II Kingdoms 21.17): The Messianism of the Ancient Rabbis.”

We, as Christians, are in what is called, “the world after receiving the Gift.” That is, we have received the great Gift— the coming of the Messiah—and we are moving within this realm. But many times, we do not live up to the Gift, and it is useful to know a little about the world before the Gift, which was par excellence the world of the Old Testament and old rabbinic writings. The world before the Gift lived in a great expectation of the Messiah. This is also the purpose of this project—by bringing forth the prophecies and their interpretations, we may grow our piety and sanctify ourselves. 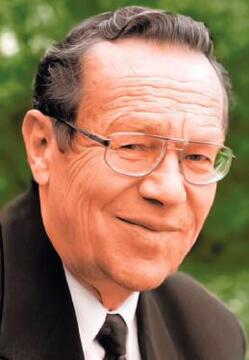 Risto Santala (1929–2012), a great Finnish scholar, was a teacher at the Hebrew School of the Finnish Mission in Jerusalem (1957–1968) and director of the Bible School of Helsinki (1968– 1975) and wrote over 20 books. He was well acquainted with the ancient Hebrew writings and was able to use them even in bringing new testimonies about the Messianism found in them.

Messianism is completely ignored in contemporary Judaism. However, the Talmud states that the Messiah is the very meaning of the world and prophecies: “All the prophets only prophesied with regard to the days of the Messiah” (Berakhot 34b) or “that the world was created only for the Messiah (His coming)” (cf. Sanhedrin 98b, 99a). There is also a testimony from the medieval Rabbi Maimonides (Moshe ben Maimon, 1135–1204 AD), who formulated thirteen principles of faith that every Jew is obliged to utter every morning, and which are found in the Jewish daily prayer. Here are two of these principles: “I believe by complete faith that all the words of the prophets are true.” (6); “I believe by complete faith in the coming of the Messiah, and even though he tarry in waiting, in spite of that, I will still wait expectantly for him each day that he will come” (12).

We bring to your attention some rabbinic writings that highlight the great expectation of the Messiah. Some are even “exotic.” Thus, referring to the text in Daniel: “I continued to watch until thrones were put in place, and the Ancient of Days enthroned Himself. His clothing was white as snow, and the hair of His head was like pure wool” (7.9), Rabbi Akiva, who lived in the first centuries after Christ, understands by this word, thrones, “in the plural, the meaning for God and the Messiah” (cf. Metzudat David). So, just because of this plural, the text in the Prophet Daniel was interpreted as referring to the Messiah.

Again, commenting on Daniel’s text: “He reveals deep and hidden things, and He knows what is in the darkness, and the light is with Him” (2.22), the Great Midrash surprisingly notes the Aramaic word nühôrä´ – light: “the light is with Him! This is the King-Messiah, for it is written: ‘Shine, shine, O Jerusalem, for your light is come, and the glory of the Lord is risen upon you’ (Isaiah 60.1)”.

Right from the beginning of the Scripture, the text “Let there be light!” (Genesis 1.3) was understood by Jewish scholars as a messianic allusion. Pesikta Rabbah, a midrash (commentary) on the great feasts wonders, “Whose light is this?” and then answers, “The light of the Messiah!”

We see from these few examples how many Messianic interpretations rabbinic scholars gave to Old Testament texts.

We end the presentation of the rabbinic writings on the Messiah with a very powerful text that draws a parallel between Him and Moses. It is from the Great Midrash to Ecclesiastes. Rabbi Berechia wrote in the name of Rabbi Yitzhak (late third century AD): “Just as there was a first redeemer, so there will be a last redeemer. Just as it is said of the first redeemer that ‘he took his wife and sons and set them on beasts of burden’ (Exodus 4.20), so it is said of the last Redeemer that ‘He is gentle and mounted upon a donkey, even a young foal’ (Zechariah 9.9). Just as the first gave manna, so will the last Redeemer, as it is written: ‘There will be an abundance of grain in the earth’ (Psalm 72.16). Just as the first redeemer brought water from the rock, so will the last Redeemer give water, as it is written: ‘A fountain shall flow out from the house of the Lord’ (Joel 4.18) (Midrash Qoheleth Rabbati, 1).

Through these few interpretations of the ancient rabbis, we can understand how rich Messianism and Messianic expectations were before the coming of the Savior and how many of them were perfectly fulfilled in the person of our Lord Jesus Christ.

Some Spiritual Memories from the Life of Archbishop Victorin

Pastoral Letter for the Feast of the Lord’s Resurrection 2021