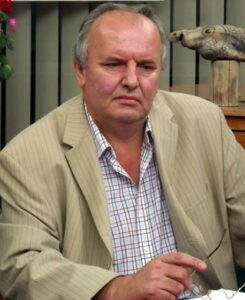 I was recently asked if and how I think the Church’s constraints can be accepted by a 21st century man, in the era of uncontrollable technology, of a unanimous impetus toward a future hard to imagine but full of surprises. I considered this and realized that I feel very free in the Church, much freer than on a street haunted by the spirit of commerce, of running aimlessly under the illusion of a cultural tourism placed, generally, outside culture. On the street I live “horizontally”; in the Church I discover the vertical.

I cannot prove the existence of God to an atheist armored with a breastplate of convictions, but I know that He is, and it is enough for me to consider that by this I hold answers to the fundamental questions. As I. D. Sîrbu said when he was asked in prison by a cop how he knew that God exists, “My mother told me. And my mother never lied to me.” This is the vertical of faith: to believe those who came before you, to perpetuate a state, a history. Of family and society. Of your family and people. They may sound like big words, but they ought to be said from time to time. Bluntly. I still believe that the generations to come will have enough determination to keep life alive in the Church. Drawing near to Church is a sign of election, spiritual intelligence, and inner calling from the Holy Spirit. It is true that we live in an amazingly dynamic world, wherein even the classical version of the “human canon” changes before our eyes.

Yes, we can change everything in this world, in the way in which systems, living conditions, individual or social goals evolve, but one thing must remain the same to guarantee our continuity, and that is faith. Along with all its forms of manifestation in the Church. This minimum sacrifice is the one that gives us the guarantee of continuity, of our belonging to a spiritual evolution, and it allows us to see far, all the way to the origins, and this is because Orthodoxy has preserved the spirit of the first Liturgy, the one officiated by Jesus Christ. And how noble it is to know that you can communicate with the beginnings …!

We hear all sorts of comments about the Church as an institution; the monastics are mocked as being “remnants” of revolute times—those who utter such things suffer from the sufficiency of someone who is not stirred by any metaphysical thrill. In the world, in the racket of malls, of beer terraces, of trips taken out of boredom, anyone can live or merely “exist.” In a monastery live only choice or “chosen” people, who struggle spiritually, who take responsibility for their souls in their own hands. And who keep alive the Church’s Vault. Not everyone is “called”—some are in search of the path after disappointment in the world, some run away from the world, others do it in the spirit of imitation, perhaps. But, in the end, they serve Jesus Christ, they serve in the name of universal love, each according to his measure, each discovering himself through spiritual struggle. 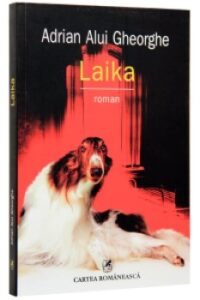 We are born neither eternal nor infallible in the face of life’s trials. This fragility is precisely the sign of our deification, of our oscillation between inner, pre-divined, attained horizons. The more intense our inner life, the further we reach spiritually. At the same time, in this world that runs desperately to nowhere, we are better off different in faith than equal in unbelief. I do not support ecumenism as a universal policy capable of killing the spirit of everyone; in fact, it was demonstrated that it is impossible to standardize certain customs and beliefs shaped in different environments and spaces, in different cultures. I also believe that the intended purpose of any faith is to have a better man.

At the same time, I am optimistic. Even when we believe that we are driving God out of within ourselves, in fact, we are struggling with our weaknesses and we are reconfirming Him. God does not need us—man is part of this continual aspiration to the original divinity. It was not a monkey that birthed us; that would be utterly vile. We should seek out, we should emphasize our divine origins out of pride, at least. We should at some point, symbolically, sue Darwin for the misappropriation of the history of man and humanity, of its nobility …!

Adrian Alui Gheorghe (born 1958) is one of the most valuable contemporary Romanian writers.

His vast work, with approaches in all literary species and with various themes, received many distinctions, including: the Romanian Writers’ Union Award in 2001, for the volume of poetry The Fallen Angel and in 2015 for the novel Laika. He has participated in numerous and prestigious international book fairs and cultural events. His poetry and prose have been translated into anthologies in the following languages: English, French, German, Russian, Spanish, Swedish, Czech, and Arabic. With his big and welcoming heart he became friends with most of the great people of contemporary Romanian culture, with whom he organized numerous cultural events, making Piatra Neamț a center of Romanian culture.

Together with his family, he was very close to Father Iustin Pârvu, with whom he recorded numerous interviews. We are grateful to him for agreeing to patronize this column, which we would like to have permanently in our bulletin.

Epiphany with the Romanian Brothers from Crasna of Bukovina