Between August 14–17, 2021, the Celebration of Putna 150. The Continuity of an Ideal and the Anniversary Student Congress took place at Putna Monastery on the 150th anniversary of the great Celebration of Putna, a decisive event for defining the Romanian identity in history. Initiated and marked, among others, by Mihai Eminescu, Ioan Slavici, Iraclie Porumbescu, and Ciprian Porumbescu, who were joined by young Romanians from everywhere, the Putna Celebration meant, above all, the definition of the ideal of national unity achieved several decades later.

Placed under the cultural authority of the Romanian Academy and the Romanian Patriarchate, the Putna Celebration of 2021 aims to be a decisive moment for affirming and consolidating the unity of Romanians in the homeland and abroad, as well as strengthening fraternal ties and the communion of love and “working together” for the common good of the Romanian people.

This year’s anniversary events were attended by 600 young Romanians from Romania, Europe, and the United States. The program included: 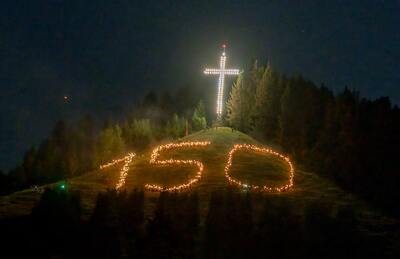 Patriarch Daniel, in his speech to the youth present, discussed the situation of the country and, implicitly, the generation of the 1871 Celebration’s creators, their courage, love of nation, and desire for unity of Romanians everywhere. The importance of the Orthodox Church in achieving and raising awareness of national unity was also highlighted. Another topic in his speech was that of Romanians in the diaspora, a subject that has left an increasingly acute wound in the nation’s chest, which is why “the ideal of unity and fraternal communion of our people requires a more intense cultivation.” And last but not least, all those present and not only were urged to know and appreciate their own national values because, “Only a thorough knowledge of national identity and dignity helps a nation to develop and survive in history, and also cultivate a dignified and useful dialogue with other peoples. In this sense, it is necessary to know and defend the essential elements of the identity of the Romanian people, the natural beauties of Romania, and its rich experience of multiethnic peaceful coexistence (especially in Transylvania and Dobruja).” 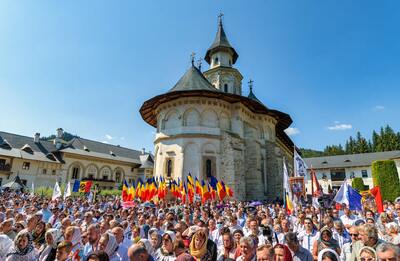 Mr. Ioan Aurel Pop, the president of the Romanian Academy, urged, “(…) let us see our traditions and history as an impetus for the present and the future, let us humbly pray as the ancestors who built this country did, let us value our language, and let us know with dignity our place in Europe. “

In the run-up to the celebration, the organizing committee proposed four competitions for youth aged between 14 and 35: (1) Literary creation competition, (2) Speech competition, (3) Fine arts competition, (4) Video creation contest. The Anniversary Student Congress was prepared through online workshops with young participants. Interviews were held and texts and videos were exchanged by participants in the homeland and abroad that discussed the ideal of today’s generation and how we can (re)build the future of our country.

The Celebration of Putna 150. The Continuity of an Ideal emphasized the imperishable importance of the first Celebration’s ideal, more precisely, “the unity in thought and feeling of all Romanians,” which not only did not fade 150 years later but demands that it be strengthened!

Romanians in Europe: Between Identity and Integration