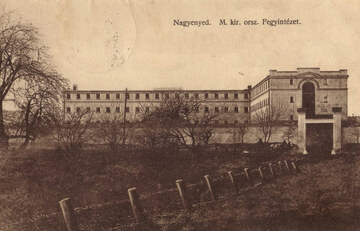 In a volume of prison memoirs from the communist period in Aiud, called Memories from the Darkness, Father Nicolae Grebenea, who grew up with Emil Cioran, says that, in those conditions, he memorized the Confessions of St. Augustine from a French edition. I asked Father Iustin Pârvu, a “beneficiary” of the same treatment, if it was possible; not because I doubted the word of Nicolae Grebenea, but because I could not imagine how this could happen. Father Iustin told me, “A book circulated only in bundles of pages; I had control of each page. The Holy Scriptures were divided, with three or four pages in each cell. The Gospel of John, being the most interesting, was the most wanted book. I was crying and reading under the blanket; the books were never read so well, the words never had so much meaning. We read and learned them by heart, we repeated them during the day, we gathered when we could and reconstructed the inside of a book. Each of us knew a fragment of a book and identified with it. We passed the pages we owned as best as we could to each other, most often in the morning at the bathroom. You know, Radu Gyr’s poems were our salvation in prison. There wasn’t a prisoner who didn’t know them, or who didn’t repeat them daily.” 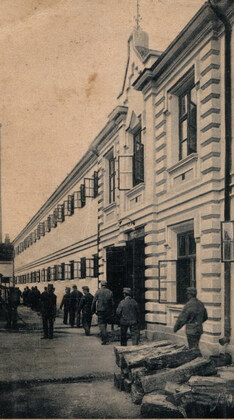 The “Book People” in Ray Bradbury’s short story, Fahrenheit 451, were real, they were not fiction. How did the books get into the prison? Father Iustin Pârvu also explained this to me: “There were people who had been released from prison but were going to resume detention. They were being followed, and they knew that they were being released only to be indicted again. What would they do before they were arrested again? They would line their clothes with bundles of books, from the New Testament, or the Psalter, or other books of great importance to man in general. One would take St. Augustine, another would take the New Testament, or other books, just as he considered that he should study, feed himself, and help others. At one point, there were more books circulating in this prison than people.” I asked Father Iustin if poetry was the straw that a man on the edge of survival, in a communist prison, could cling to with hope. The answer was edifying: “Poems were said like prayers, poems warmed us… (…) Nichifor Crainic, Radu Gyr, and Voiculescu were saviors for us, and perhaps for the thousands and thousands of young people who were imprisoned in the cells of Aiud, Pitesti, and Gherla. Their poems were lived prayers that the youth identified with in those dark days. When you were listening to or learning a poem like ‘Jesus in the cell’ or ‘Get up George, get up, John!’ or ‘Face of Jesus’, or other poems that had a sense of courage and of life, of improvement, but also a spirit of giving, of sacrifice; you no longer felt that you were there, perhaps because this happened after ten to twelve years of imprisonment. Even if you were sentenced to hard labor or isolation, you always lived the vision of these great fighters.” Father Iustin also said something that essentializes a limiting experience: “People without culture, without memories, without a cultivation of patience, cannot endure extreme conditions…”, after which he concluded: “A nation that doesn’t have talented people doesn’t live. It struggles, withers, and disappears.” Historical experience has abundantly demonstrated this. Nations that have lost their spiritual energy have lost their reason for existence. They have lost, ultimately, their purpose.

The Mother of God