August 15, 1714. One of the greatest rulers of the Romanians, called by the Turks “the Golden Prince” for his personal wealth, father of eleven children, encourages his four boys and son-in-law to give their lives for the faith. He himself lies down his life for Orthodoxy: “My sons, be brave! We lost everything we had in this world. All we have left are our souls. Let us not lose them, but let us bring them clean before the face of our Savior Jesus Christ. Let us wash away our sins with our own blood!” Saint Constantin Brâncoveanu; his sons Constantin, Ștefan, Radu, and Matei; and his son-in-law Ianache placed the Kingdom of Heaven above earthly dominion. Horea, the leader of the Romanian revolt in Transylvania from 1784–1785, was captured by several fellow-Romanians. He was sentenced to death by the breaking wheel, the cruelest type of execution used in the Habsburg Empire. Before being tortured, the priest who came to commune him wrote the will Horea dictated to him. He listed the names of those who caught him and then said that he “forgave them wholeheartedly.”

Forgiving those who betrayed you, your brethren for whom you fought, just as you are about to suffer death by the wheel, is, by human measure, akin to what Christ the Lord did. And behold its fruit: one of those went to Wallachia and later became a monk at Cozia Monastery, mourning his sins and the fate of his people.

Ecaterina Teodoroiu was an energetic young woman who wanted to become a teacher; she was involved in the volunteer activity of that time—the scouting program. After her brothers died in the war, she asked to go into battle. She was wounded twice, so she could have gone home, but she returned to the front. Not only did she fight and die, but she assumed this fight as a sacrifice—above all, as a pure sacrifice. 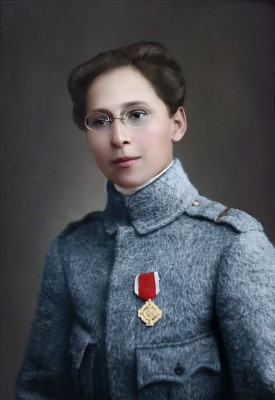 We call it a pure sacrifice because she was accused of living in sin, being the only female among the soldiers. To be allowed to fight further, she underwent a medical checkup and returned with a certificate from the hospital showing that she was a virgin, that she did not live in sin. So she endured this unjust accusation and the humiliation of having to give medical proof for her chastity to fight for the country and die. She gave her life at the age of 23 on August 22, 1917, in the Battle of Mărășești.

Radu Mărculescu, a Romanian language teacher, fought in World War II and was taken prisoner at Cotul Donului, in 1942. He was released from the Soviet Union camps in 1951. In his memoir entitled Sufferings and Enlightenment in Soviet Captivity, he recounts an episode that made him no longer doubt his dignity as a Romanian.

The hero was Ion Ciutea, a teacher with the rank of lieutenant. He was also a prisoner in Oranki, looking for a way to stop the Soviets from sending the officers to work as the dire conditions meant a slow death. He went on a hunger strike and was taken into solitary confinement. Here is what happened:

“When he entered the cell with broken windows—and considering that it was minus 10 degrees Celsius outside— Ciutea removed all his clothes and tossed them aside. He took the bowl of cold tea and poured it all over his head; an ice cap instantly encased his hair, face, and body. ‘If you want to assassinate me by putting me in this freezer, I’ll give you my utter cooperation, so that it won’t be too much of a torment. But know that you will answer for this.’ 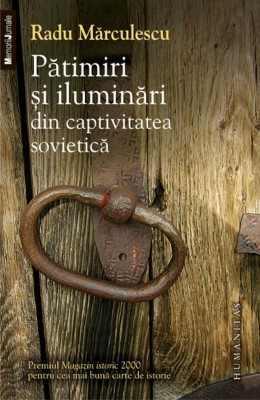 And so Ciutea went on a hunger strike, bare naked at minus 10 degrees in a cell with broken windows, for ten days. On the sixth day, they began to force feed him with a hose despite the victim’s resistance hardened to the point of despair. He promptly returned the food shoved down his throat on the white coats of the doctor and paramedics. All that time, Ciutea did not sleep for a second because sleeping meant death by freezing. He kept walking, rubbing his body, genuflecting and, above all, talking. He spoke incessantly. That’s how he spent all those days and nights, without closing his eyes, without stopping from walking or moving.”

After he succeeded, he told them where he got his power beyond the bounds of human nature: “I fought to the last limit, so as not to disappoint you. I knew you were watching my fight with bated breath. I knew that if I had capitulated or died, the boys would have been frightened; our cause would have been crushed; and the hunger strike, as a weapon of war, would have been compromised. That is why I steadied myself all the time, kept my heart up, not to falter, not to be defeated, but to live… to win, so that, from my fight, you too may take courage… And lo, I succeeded… Praised be the name of the Lord!”

For Radu Mărculescu, the Romanians’ falls from dignity, faith, honor were more disheartening than the camp’s conditions of extermination. But what Ion Ciutea did was an explanation that endured forever: “Too often, around me, people of some moral pretension— not to mention their social appearances—collapsed lamentably to the lowest levels, weakening my trust in my people. Sometimes, resentment and disgust even made me say that I was ashamed to be Romanian. Well, after this incident, I could never again repeat this blasphemy. And no matter how many wrongdoings I witnessed from some of my compatriots, both in captivity and in the country’s gulag (which was even more odious), the moment I wanted to utter a word of censure, Ciutea appeared to me along with others who, through suffering, reached the threshold of holiness, and I would say to myself: They are Romanians as well; you could not possibly be ashamed to be their kindred. What else is there to say! Ciutea was among those who—both now and in the past—justified my pride in being Romanian.”

These people, and many others, known or unknown, are the fruit of the Romanian identity created in hundreds of years of together living and living with God. The modern age has brought transformations, but “Jesus Christ is the same yesterday, today, and forever” (Hebrews 13.8) and calls man to live with Him in any historical moment. As it was possible in the past, it is also possible now and in the future. As long as a nation still exists, it still has to fulfill some of God’s work, and it can still do it. 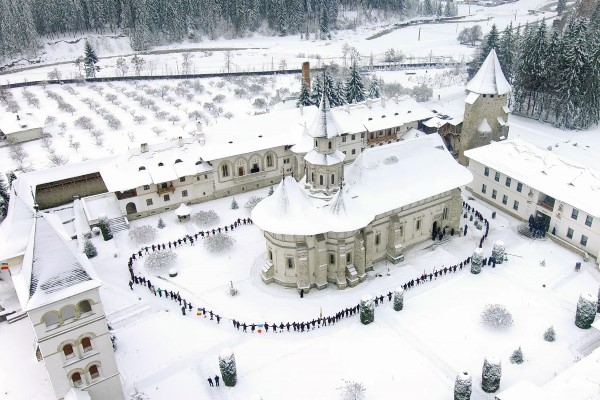 The Lamb of Redemption